What is a QR code and its history?

Two-dimensional code, also known as two-dimensional barcode The standard two-dimensional code is QR Code, the full name of QR is Quick Response, which is a super popular encoding method on mobile devices in recent years. It can store more than traditional Bar Code information and represent more types of data. 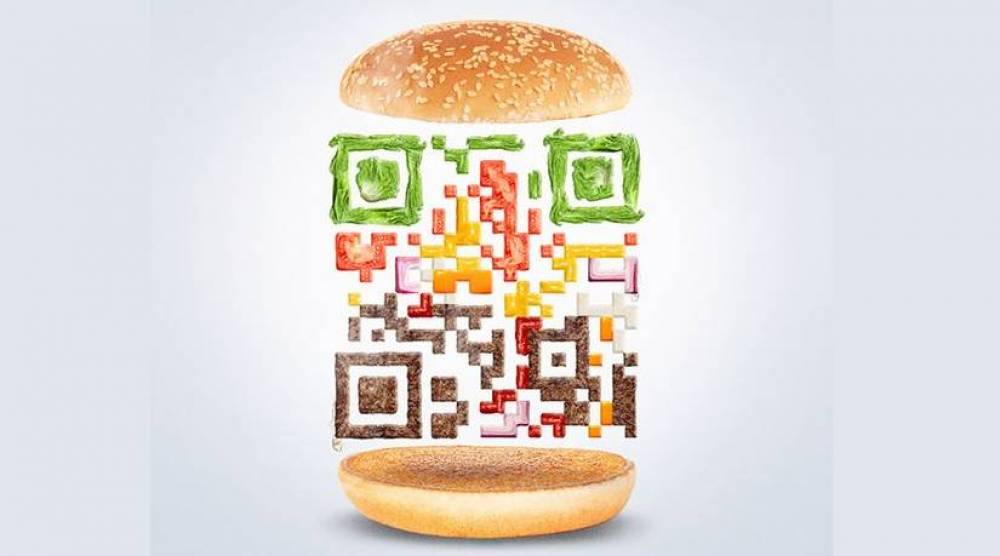 A two-dimensional code (Quick Response Code), also known as a two-dimensional barcode, is a black and white pattern distributed on a plane (two-dimensional orientation) with a specific geometric pattern according to a uniform way. Identification, and get one key for all information data.

Nowadays, the application of QR code scanning function on smartphones (referred to as 313) has made QR codes more and more popular; with the strong development of the Internet of Things industry in the country, more and more solutions are available. The application of QR code technology was born, and the QR code that became the entrance to the actual mobile Internet became a reality.

Foreign research on QR code technology began in the late 1980s, and various code systems have been developed in the study of QR code representation technology, such as PDF417, QR Code, Code 49, Code 16K, Code One, etc.

The information density of these two-dimensional codes has been dramatically improved compared to traditional one-dimensional codes. The information density of PDF417 is more than 20 times that of CodeC39 one-dimensional codes. Regarding QR code standardization research, the International Association of Automatic Identification Manufacturers (AIM) and the American Standardization Institute (ANSI) have completed the notation standards of PDF417, QR Code, Code 49. Code 16K, Code One and other code systems. The International Standards Technical Committee and the International Electrotechnical Commission have also established the Technical Committee for Automatic Identification of Barcodes (ISO/IEC/JTC1/SC31). They have developed an international standard for Codes. QR (ISO/IEC 18004:2000 "Data and Automatic Identification of Acquisition Technology - Barcode"). Symbol Specification - QR Code"), draft ISO/IEC standard drafts of QR codes such as PDF417, Code 16K, Data Matrix, Maxi Code, etc. During device development and production, Two-dimensional codes, reading devices and symbol generators manufactured by equipment manufacturers in the United States, Japan and other countries have been widely used in various two-dimensional code application systems.

As a completely new information storage, transmission and identification technology, the QR code has attracted the attention of many countries worldwide since its inception. The United States, Germany, Japan and other countries have not only applied QR code technology to manage various documents of the ministries of public security, foreign affairs, army and other agencies, but also applied QR for customs, tax and other departments for various reports and invoices Cargo and freight management by trade, transportation and other departments, parcel management by ministries postal division, and automatic control of industrial production lines in the field of industrial production.

My country's research on QR code technology began in 1993. The American Center for Article Coding did translation research and tracked the specifications of several commonly used two-dimensional codes. PDF417, QRCCode, Data Matrix, Maxi Code, Code 49, Code 16K and Code One. With the continuous development of my country's market economy and the rapid growth of information technology, the domestic demand for the new technology of two-dimensional code is increasing day by day.

In code compilation, the concept of bitstreams "0" and "1" that constitute the internal logic foundation of the computer are cleverly used, and some geometrical shapes corresponding to the binary system are used to represent the computer's internal logic. Textual and numerical information is automatically read by an image input device or an electro-optical scanner to perform automatic information processing. Among the many types of two-dimensional barcodes, the commonly used code systems are Data Matrix, MaxiCode, Aztec, QR Code, Veracode, PDF417, Ultracode, Code 49, Code 16K, etc... QR Code was invented in 1994 by DW Japan Company. QR comes from the abbreviation "Quick Response" in English, which means quick response. QR codes are most commonly found in Japan and Korea; they are currently the most popular two-dimensional barcodes in Japan. However, the security of QR codes is also being challenged, and malware and viruses are becoming obstacles in the way of QR code dissemination. The development and prevention of QR code abuse are becoming an urgent issue to be solved.

Each coding system has its specific character set; each character occupies a certain width, have a particular function, etc. At the same time, it has the feature of automatically recognizing the information of different lines and handling graphical rotation changes.

The two-dimensional coding principle can be described from the matrix two-dimensional coding principle and the determinant two-dimensional coding principle. Stacked 2D Barcodes/linear is also known as common stacked 2D barcodes, 2D barcodes, or layered 2D barcodes), and its coding principle is based on 1D barcodes stacked in two or more rows. It inherits some features of one-dimensional barcode in coding design, verification principle, reading method, etc. The reader is compatible with barcode printing technology and a one-dimensional barcode. However, due to the increase in the number of lines, it is necessary to identify the lines. The decoding algorithm and software are not the same as the one-dimensional barcode. Representative row type 2D barcodes are: Code 16K, Code 49, PDF417, MicroPDF417, etc. QR Code Matrix QR Code Matrix (also known as Chessboard QR Code Structure Barcode) is encoded in a rectangular space by the different distribution of black and white pixels in a matrix. At the position of the corresponding element of the matrix, the occurrence of a point (square point, round point or another shape) represents the binary "1", and the absence of the point represents the number "0". binary is the meaning of the representation. Matrix 2D barcode is a new automatic reading and processing code system of graphic symbols based on computer image processing technology and combined coding principles. The representative matrix 2D barcodes are Code One, MaxiCode, QR Code, Data Matrix, Han Tin Code, Mesh Matrix, etc.

Primary reading services: Users install QR code apps on their mobile phones, use mobile phones to capture and recognize QR code images printed in media, newspapers, etc., get the content stored in the QR code and activate the related applications. The user uses the mobile phone to take a picture of a QR code containing specific information, decode it through the mobile phone's client software, and trigger various related activities such as accessing the mobile Internet, reading business cards and phone calls, and providing users with various information services.

It can hold up to 1850 uppercase letters or 2710 numbers or 1108 bytes, or more than 500 Chinese characters, about dozens of times higher than the information capacity of ordinary barcodes.

Barcodes can encode digitized information such as images, voice, text, signatures, fingerprints, and more. And represent them in barcodes; it can mean many languages ​​and words and represent image data.

This makes it possible to accurately read a 2D barcode when it is partially damaged by perforation, contamination, etc. and can still recover the information when the damaged area reaches 50%.

It is much lower than the conventional barcode decoding error rate of two parts per million, and the bit error rate does not exceed one per million.

5. Encryption measures may be introduced

Security and anti-counterfeiting as well.

We use cookies to make your experience extra crunchy. By using this website, you express your consent to their use.